Marguerite Fair-Kosciewicz is a talented, creative and prolific writer. After raising her family on the east coast, she moved to Los Angeles, California to expand her talents into a successful career as a writer/producer/director/filmmaker & motivational speaker

She directed her final staged action reading for her play: 'Your Late Mother" at the Missing Piece Theatre in Burbank, CA. The late Kevin Dobson star of Kojak and Knots Landing was a collaborator on the project from 2010-2012.  He directed the first four readings. Two at the Alderson Actor's Studio, one at The Los Angeles Theatre Center, The Group Rep Theatre  and two directed by Marguerite, one at the Victory Theatre Center in Burbank, and the second at the Missing Piece Theatre in Burbank. 'Your Late Mother' Presently seeks sponsors to produce Your Late Mother for a World Premiere.

Marguerite has written and self-published six books: The newest is "You Are Right 100% of the Time/How to understand your unique power" Telling on Myself/How to Not Lose Weight, Find Love or Grow Old Gracefully; Am I Still Talking/Did I Say Something Funny?; Extreme Low-Budget Apartment Makeovers/How to be Your Own Design Team; Goddess Recipes Cookbook; Of The Same Mind and New Over 50/What I Learned About Better Health From Baroness Benita von Klingspor, for which she won a silver award with Para Publishing.  Presently, her newest book: You Are an Inspirational Master Mind/Create Success in Small Steps, is in preparation for publication.

DVD is being redone will be available for purchase soon!

Marguerite has also written, produced and directed a movie short: Roberta's Choice and several comical You Tube Videos.  She is the co-writer, co-director and producer for a comical You Tube entertainment talk show called: Laughter Talks with special and entertaining weekly guests.  Marguerite executive produced over 40 episodes of New Over 50 and now produced over 200   segments of Laughter Talks She also develops web content and offers specialized writing services.

Marguerite has written three plays: Your Late Mother, Goddess Intervention, which she wrote, produced  and directed as a one day fundraiser at the Spirit Works Center Theater in Burbank, CA. The most recent play is Emotional Bondage scheduled for a reading in the spring of 2121.  In addition, she is creating the First Annual 'Voices of Inspiration" so keep posted about that event! 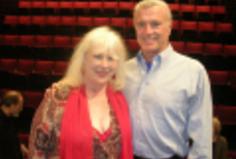 It is all about the journey...by: Priscilla Moss, Staff Writer

Your Late Mother, Staged reading at The Missing Piece Theatre, Burbank, CA  in 2014

"Everything you do, starts with your state of health"  M. Fair 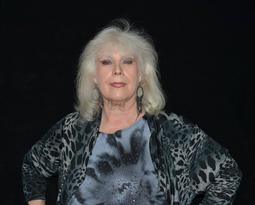 Contact Marguerite Fair to become a sponsor for Your Late Mother

Your Late Mother will premiere in Burbank in 2121 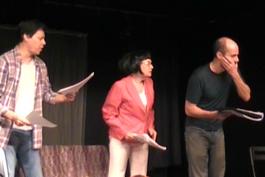 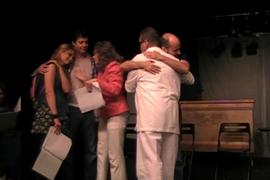 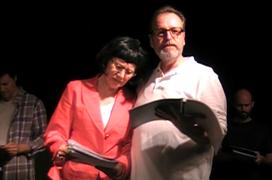